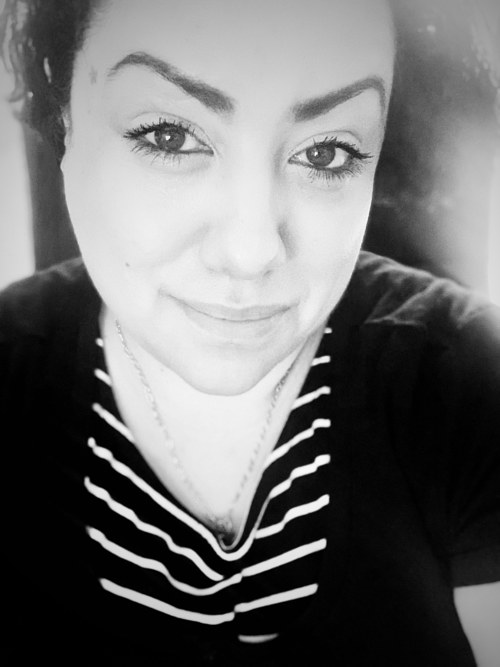 Barbara Abigail Martel was born in Chile, where she spent her early childhood years being raised by her Grandparents and Aunt Nancy Saez Salgado - a renown Chilean ceramicist and painter, whom introduced Barbara to art and local Indigenous culture from a young age.Nancy was a a huge influence and mentor to Barbara throughout her life.

Around the age of five she learnt about Frida Kahlo, thanks to her Aunt Nancy. Unbeknownst to Barbara,  this artist would make such a big impact on her throughout her life. Frida Kahlo was one of the very few role models availabe at the time, for a Latinx girl to look up to. Having left Latin America at such a young age. it was difficult to feel like she fit in. Frida felt familiar. Barbara also endured having to deal with the life-changing consequences of car accidents, which she shared in comon with Frida Kahlo, thus feeling a deep connection with Kahlo's life.

In the 1980’s Barbara’s parents immigrated to Africa for work reasons. Much time was spent growing up in Southern Africa. At around the age of ten years old, Barbara met the acclaimed Ndebele artist Esther Mahlangu at Botshabelo, Mpumalanga, South Africa. Here the beautiful, colourful art in the village also left a lasting impression on the young girl. Her Family would often make day trips to visit Botshabelo. Living within relative proximity to the Kruger National Park and other wild life areas was an asset which her parents often used to enjoy camping.

Barbara Abigail Martel begun to pursue art as a means of self-expression and to develop her vast imagination. Around the age of eight, she was an immigrant in a new country and did not speak the language. Making friends and fitting in was not easy. Many hours were spent reading, drawing and playing outdoors alone appreciating the amazing wild life in South Africa, developing a thorough interest in the fauna and flora of the area. Reading old National Geographic magazines, she was inspired by Jane Goodall, Dian Fossey and Birute Galdikas. She won various prizes in school for science projects and the prize for the best Art student from her high school graduating year. This led to Barbara pursuing a Bachelor of Arts in Art History through the University of South Africa.

Barbara has spent many years teaching children art in North and East Vancouver, as well as working on her own oeuvre. As a young woman she was positively encouraged in person by both Dr.Jane Goodall, for whom Barbara volunteered with the Roots and Shoots program with the Jane Goodall Institute of Canada - and by film director Alanis Obomsawin, met through volunteer work for the Vancouver International Film Festival. Meeting two of her heroes was a dream come true! Barbara has also donated much art work towards worthy causes throughout the years, in order to raise money for charities through art auctions.

Barbara Abigail Martel’s love of art history also has led her on many travels around South America, the East Coast of the United States of America, as well as throughout Europe - in the pursuit of knowledge and beauty, having seen in person some of the world’s most famous art works and art historical artifacts.

The artist respectfully lives with her Family, in the unceded traditional territories of the honourable Musqueam, Squamish and Tsleil-Waututh First Nations; these lands which were never ceded through treaty, war or surrender on the West Coast of Canada, are between the West Coast Mountains and the Pacific Ocean.